INHOPE | What is Live-Streamed Abuse?

What is Live-Streamed Abuse?

Live-streamed abuse is the abuse of an individual or group of individuals which is streamed online in real-time to be watched by others remotely. Although this abuse can take many forms, in our context, we are specifically talking about live-streamed child sexual abuse.

There may be no material of the abuse saved, or it might be recorded and stored (or further distributed) by a viewer or the orchestrator of the live-stream. Whether the stream has been recorded or not might not be known to the victim.

Although it is difficult to know exactly how commonly this kind of abuse occurs, it is thought to be on the rise.

NetClean break down the phenomenon of live-streamed abuse into three further categories.

Voluntarily self-produced live-streamed material refers to cases when a child or teenager creates the livestream themselves, and does so voluntarily i.e. without coercion from another party. This kind of livestreamed material might be intended for a girlfriend/boyfriend, or be without sexual intent, but might be accessed by those viewing it for sexual purposes.

Induced self-produced live-streamed material refers to cases when the subject has been groomed, or is being coerced into creating the livestream. In such cases, only the victim may be visible, but there might be indicators that they were interacting with or being instructed by someone remotely such as the victim pausing to read or respond to typed chat.

Distant live-streamed material refers to cases where the livestream is ordered remotely by an adult viewer, and where another adult is present, orchestrating or involved hands-on in the abuse. Viewers might interact with the child being abused, orchestrating and directing the abuse.

Material of all three kinds of live-streamed material (such as recordings post-event which are shared online) is treated as CSAM and removed from the internet by INHOPE member hotlines when they find it.

Who are the victims of live-streamed abuse?

The 2019 NetClean report found that voluntarily and induced self-produced live-streamed material are the most common forms, with victims frequently found in the US and Europe.

The Philippines as the main location for the victims of distant live-streamed abuse. The reasons for this, according to Detective Inspector Catherine Hagström Hägg, are a combination of poverty, a well-established sex-industry, limited police resources, a developed IT-infrastructure, cheap mobile phones, and simple ways of making international money transactions. This is combined with a high-level of English spoken among the population making communication with perpetrators easy.

Who are the perpetrators of live-streamed abuse?

Investigators’ experience finds perpetrators often in possession of other forms of CSAM before engaging with live-streamed abuse, and consumption of live-streamed abuse is commonly thought to further the addiction to CSAM and fuel a desire to travel to participate in hands-on abuse.

Europol indicate that the facilitating of distant live-streamed abuse for financial gain is unusual amongst other forms of child sexual abuse and exploitation, where offenders more commonly create and share CSAM in the interest of obtaining more CSAM. 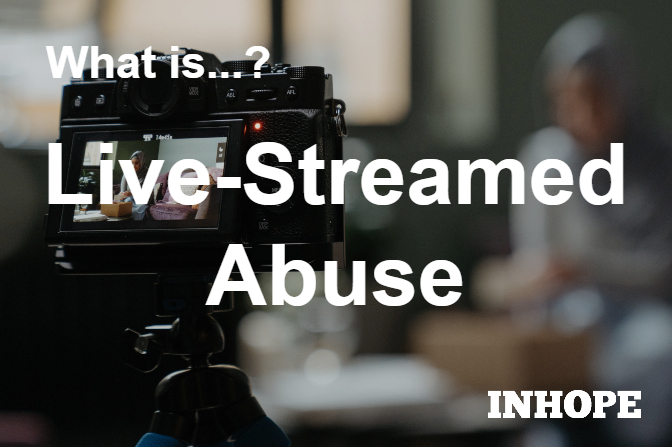