What is Child Marriage?

Child marriage includes formal and informal union in which at least one of the parties is under the age of 18. International law considers all child marriage as a form of forced marriage because children under 18 are unable to provide full, free and informed consent. Although both girls and boys can be forced into marriages before they are 18, it is a practice which predominantly effects girls.

According to the UN child marriage violates the rights of girls in the following ways:

These relate to a person’s rights to education, equality, health, and a life free from violence and exploitation.

Why does child marriage happen?

Many factors contribute to child marriage. These include gender inequality, tradition, poverty and insecurity. Read more about the causes of child marriage here.

Where does child marriage happen?

UNICEF estimate that 700 million women alive today were married before the age of 18. While child marriage occurs in many different countries, the highest rates are found in South Asia and Sub-Saharan Africa. Partly as a result of the size of their population, 1 in 3 child brides are in India.

Read about how COVID-19 is jeopardising progress against child marriage in India here. 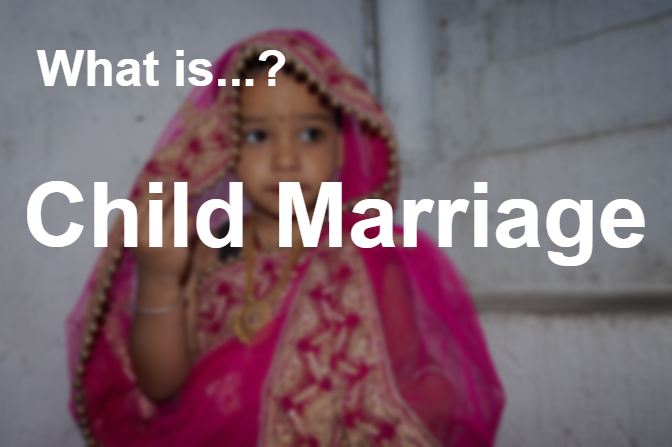