Protecting, empowering and caring for victims of cybercrime - APAV release Manual of Procedures

It is estimated that about 1 million people are victims of cybercrime a day. Aiming to protect, empower and care for victims of electronic crime, the ROAR project was developed by APAV in partnership with institutions from two other European countries, namely the German WEISSER RING and the Romanian ACTEDO, in addition to the national partners, Portugal Telecom, the Attorney General of the Republic (PGR) and the National Republican Guard (GNR). This project was funded by the European Union’s Internal Security Fund – Police.

During the project execution, thematic workshops were held for security forces and judicial authorities, with the purpose of drawing attention to the problem of cybercrime and the need to also protect the victims of these crimes. In order to empower and raise awareness of potential victims of cybercrime, the pedagogical aspect of the project carried out training actions for children and young people, distributing informative materials.

The result of all these actions culminated in the elaboration of a manual of procedures to be adopted in case of assistance to victims of cybercrime, in addition to a set of recommendations to help clarify eventual issues and facilitate the fieldwork.

The documents can be consulted here, available in English and Portuguese. We also share with you the policy paper developed throughout the project.

The content of this project represents the views of the author only and is his/her sole responsibility. The European Commission does not accept any responsibility for use that may be made of the information contains. 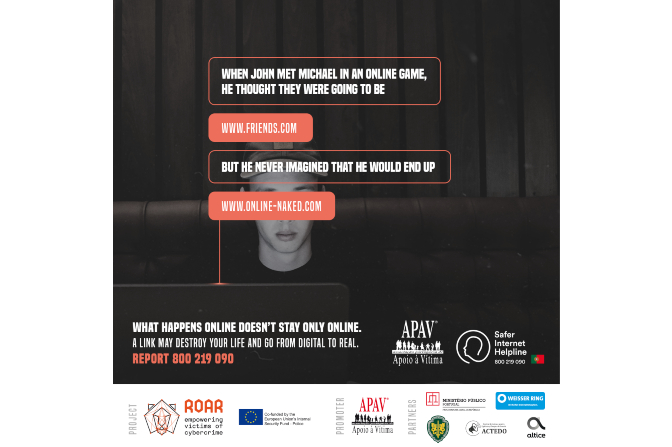