11th Conference on E-abuse of Children

On 23 September 2021, the Spletno oko Hotline, Criminal Police Directorate of the General Police Directorate and the ICT Association at the Chamber of Commerce and Industry of Slovenia organized the 11th Conference on E-abuse of Children. More than 350 participants took part in the online conference, attending also from outside Slovenia. The event was aimed at all those who (can) face the issue of child sexual abuse online in their work.

In the introductory part of the conference, the international prevention campaign Say no! was presented. The campaign is carried out by police officers from the countries of the Western Balkans. The campaign and the work done so far by all present in the prevention, detection and prosecution of child sexual exploitation was praised in the introductory speech by the Europol representative Cathal Delaney, who highlighted Europol's efforts to support all Member States. Further introductory speeches were given by Iztok Prezelj (Faculty of Social Sciences, University of Ljubljana), Nenad Šutanovac (ICT Association) and Vojko Urbas (Director of the Criminal Police Directorate, General Police Directorate).

The speakers in the main part of the event presented their activities and best practices in the field of combating child sexual abuse on the Internet. This also included a roundtable discussion on the recently published handbook for professionals dealing with online violence and online abuse of children and adolescents.

All presentations from the conference with English interpretations are available on the Spletno oko Youtube channel. 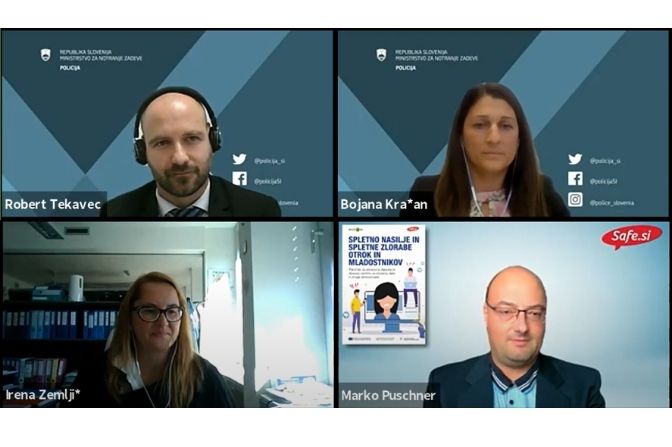