Dozens of schools, institutions and organisations in Bulgaria celebrated the 18th Safer Internet Day on the 9th of February with various events and initiatives.

The central national event was organized by the Bulgarian Safer Internet Centre (SIC) and held online with the active participation of their Youth panel. Around 80 young people, teachers and professionals took part in the event which was also streamed live on the Facebook page of the SIC. A dozen schools gathered their pupils and followed the live event on a screen.

At the start of the event, the winning 3 Cyberscout squads were announced. Winners were the most active groups of 12-year old pupils who passed a training under the Cyberscout Programme of the SIC, and who organized a number of events and initiatives to transfer their knowledge and skills to their peers.

The central part of the event was dedicated to false information on the internet and the risks it poses to uninformed users. Members of the Youth panel chose the topic, and prepared and demonstrated short role-playing debates on the most popular false information concerning the COVID-19 pandemic. After the debates, all participants discussed the dangers of fake news, the ways they go viral and how they could be stopped, minimized and debunked.

The video stream on Facebook reached more than 11,000 viewers who also commented and discussed. The video continues to be the most popular post on the SIC webpages and the number of people reached surpassed 20,000. It was also uploaded in the SIC YouTube channel. 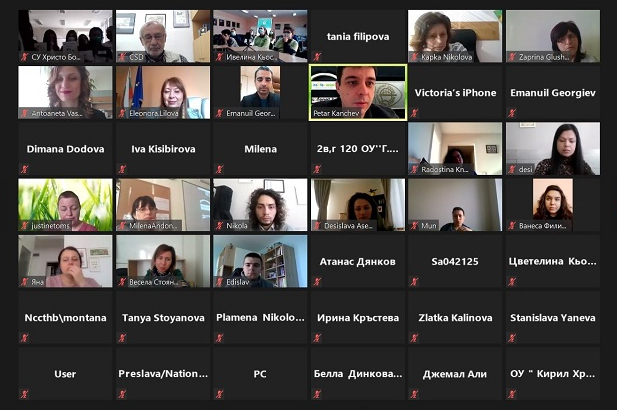