INHOPE | Why is the Global Standard Project important?

Why is the Global Standard Project important?

When you imagine your dream team, you think about the skills they will bring and the wins they can achieve. But how do you know they will even be able to cooperate on the pitch? Simple: Because the game has common rules and a common language.

When organisations from different countries want to cooperate with each other, their actions are guided by laws and policies that differ to a greater or lesser degree from each other. This in turn means that the systems and tools they need to investigate Child Sexual Abuse Material (CSAM) have largely been developed according to local laws and processes. Even if they are legally allowed to share CSAM data with their counterparts within and between countries, inferring useful information from it can be like comparing apples and pears.

Detecting, reporting, and removing public access to and investigating child sexual abuse material in order to identify victims of abuse are priority actions in the global fight against child sexual exploitation and abuse. To do that quickly, efficiently and effectively, law enforcement, hotlines and online service providers need common rules and a common language to describe what they are seeing. During several decades of exponential growth in the volume of CSAM circulating online, a diverse set of response systems, technologies and networks has evolved, including hashing algorithms, data models and international databases such as INTERPOL’s ICSE Database, that do facilitate important cooperation.

However, the response ecosystem has been consistently hampered by the lack of a common, globally compatible system that would make media categorised to criteria specific to one country understandable and potentially usable by another. This has real-world consequences for victims and survivors.

Not only is this type of translation important for investigation, but crucially, it can also pave the way for CSAM data to be shared between partners within and between sectors, where legally possible and necessary to do so. And the larger and more explainable the data set, the more effective the work to detect, remove and investigate CSAM. Having the ability to adapt one system into another also plays a role in aligning machine learning and artificial intelligence systems, which among other things can reduce duplication, increase the speed at which known and new material is flagged for human review, and help build the transparency about data sets that is increasingly a focus of discussion around the world.

The Global Standard Project was developed to create that common, globally useable system. It is laying the foundations for international collaboration by developing a practical solution to the legislative differences that continue to limit CSAM-related data sharing. And why does this matter? Because the more we pool resources, speak a common language and work together, the faster we identify, safeguard and protect the dignity of victims and survivors of childhood sexual abuse.

Sign up for the Global Standard newsletter here and find more information about the project here. 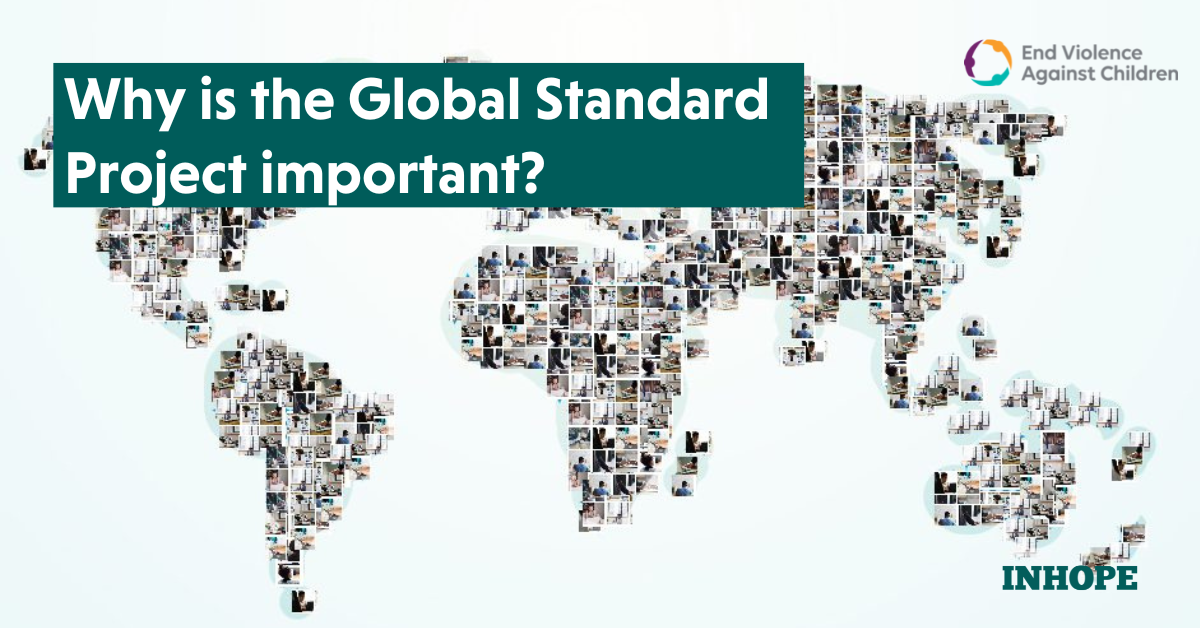 The Global Standard Project was developed to create that common, globally useable system.