By making a report to his national Child Sex Exploitation in Tourism hotline, a New Zealand man has provided crucial evidence in a criminal case against a child sexual abuse suspect.

The New Zealander, who was travelling abroad in Nepal, suspected he’d witnessed a crime when he saw a 70-year old man acting suspiciously around children. Despite the fact that he was not in his own country and may not have spoken the language, the witness knew to report the incident to either local law enforcement or his national Child Sex Exploitation in Tourism hotline. He chose to report it to the Child Sex Exploitation in Tourism Hotline run by Defence for Children-ECPAT where he could provide details of what he’d seen, where and when it had taken place, and any other details he could recall online and in his own language.

This report, which took the witness just five minutes to file, has now contributed to the suspect’s arrest, which happened when the suspect returned to his home country, the Netherlands.

Grooming, hands-on abuse, and production and possession of CSAM

The suspect is accused of abusing a minor in Nepal, and manufacturing and possessing Child Sexual Abuse Material (CSAM). The arrest was followed by a search of his home resulting in the seizing of various items, such as a laptop, external hard drives, video tapes and more than 20 cameras. CSAM was found by investigators on many of these items.

The public prosecutor of the National Prosecutor's Office, who is engaged in combating cross-border crimes against children, such as abuse of children in tourism and CSAM, is leading the investigation in this case. According to her, this case shows that awareness of crimes against children in remote areas and countries is growing and that people are certainly willing to report such cases.

The New Zealander’s report was one of several reports made by the public, all helping to bring this man to justice.

Learn more about how and what to report here. If you’ve seen something you think might be suspicious, at home or abroad, online or offline, then report it here. 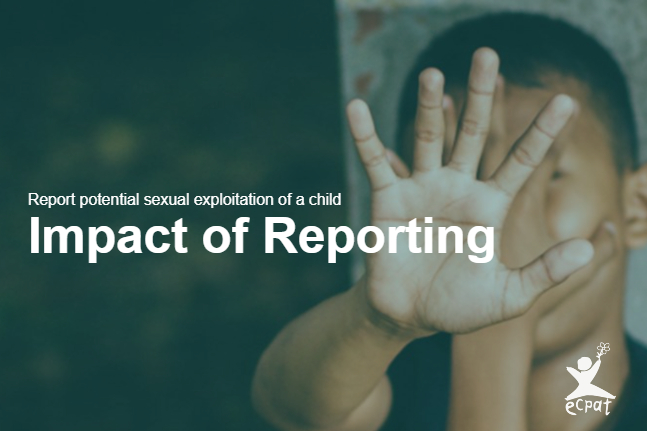